The world is falling down around me.  There’s nothing I can do.  Shootings almost daily; innocent people dying at the hands of demented white men, mostly.  Because anyone who lives in a society but chooses to take lives just because he singularly thinks it’s the right thing to do and that he’s entitled, is surely demented.

The debate rages about the right to bear arms.  There’s a balance somewhere that makes sense.  Enough freedom to own firearms; enough regulation to see that they rarely get into hands that will abuse that freedom.  The problem is that everyone is yelling their own viewpoint and not trying to find common ground, not trying to find a solution to work together and end the madness.  It’s all about ME and not about the big picture.  And in the meanwhile, we must bury the innocents.  It won’t stop, I’m afraid, until it is Congress’s grandchildren and spouses, brothers and children who fall.  Then, maybe, just maybe the situation will have their attention.  No telling how long it will be or how many more will die for no good reason before sincere action is begun.  In the meanwhile, the U.S. has made it to some other countries’ lists of “places too dangerous to visit.”  My God, what grief this is.

Now it’s fires, their circle widening and overlapping the rest of the madness.  Not just wildfires now.  Not just fires set by nature and fueled by climate change (which is, incidentally, another runaway train).  Now the Amazon rainforest is on fire.  Precious resources, tribes, animals, and insects that will be forever lost as the rainforests burn.  These fires, their numbers and extent up drastically from prior years, are thought to be set by the new political regime in Brazil.   Did you get that?  Fires intentionally started with the intention of destroying the rainforests.  Arson, essentially.  Arson committed against all humanity.  These are people who would rather commercially develop the land than preserve their own native peoples and cultures, and the habitats that house thousands of unique species.

A bright, gutsy teenager spars with the president of these United States.  She quotes science, projections, calls out irresponsibility.  They accuse her of madness, assert that her desperation is fueled by unreality.  The Emperor, it seems, has no clothes.

My days are filled with the mundane, unrelenting tasks of trying to survive in this insanity, clinging to my family, and praying we get through it.  Does the car work all right?  Do we have clean clothes to wear, and have we remembered the bills that are due?  Did someone remember to feed the dog?

Sure, we recycle what we can.  Consolidate trips in the car.  Freeze or recombine food to reduce waste.  We buy with awareness of the packaging, the processing, and other factors that increase the dreaded carbon footprint.

Not even two months ago, overwhelmed by all of this, somewhat overwhelmed by life and feeling ineffectual, we decided to start raising monarch butterflies.  They’ve approached endangered status and are just starting to make a comeback.  Maybe we could make a difference in something after all.

It’s been an incredible learning curve.  Who knew how many predators and diseases plague the poor monarch?  Somewhere around 2 – 5% of those in the wild actually make it to adulthood.  The younger they are rescued, the better their odds because they’re exposed to fewer parasites and pathogens.  Finding them as eggs and raising them indoors is a huge help to keep them safe.

So while the outside world slides farther into hell on a greased rail, we’ve entered the world of the monarch: quiet, incredible, mysterious, and stunning.  Moreover, it’s an absorbing distraction.  Our first release was a beautiful female.  We lost or had to euthanize 9 others early on.  As heartbreaking as all that is, it still put us at 10% and significantly better than the average in the wild. 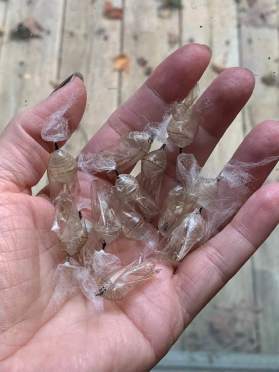 Our first season wound down with 16 chrysalises, 3 wild caterpillars, and 7 that were raised from eggs.  The egg-raised caterpillars have an advantage that they haven’t been exposed to the variety of dangers that the “cats” face in the wild.  Our ending statistics are 20 healthy, beautiful butterflies, 3 males and 17 females.  We had an overall success rate of just over 46%.  Maybe there is something we can do, a niche we can affect, even when it feels like the world is hopeless. 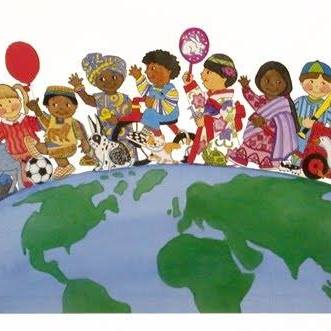 Many things make up the complicated mind whose ramblings you read here.  Here are a few links to share those worlds.